Announcing the 2022 Keeper of the Keys: Robert and Cherie Erler!

Bob and Cherie Erler are a Black Forest Heritage Family who are committed to making a positive difference.  They have selflessly built strong community roots in Black Forest.

Cherie was born and raised on a ranch south east of Colorado Springs that raised cattle and quarter horses. After a career as a paralegal, she entered the tax profession, where for 25 years, Cherie has been a certified tax specialist and now owns her own tax business.

Bob and Cherie were married in 1990 at the Black Forest Community Church.  After their children were born, Cherie volunteered as a Court Appointed Special Advocate for Children (CASA) to protect vulnerable, abused, and neglected children in our area. For 5 years she was on call 24/7 and even went to homes in the middle of the night and to parts of the state as far away as Grand Junction.  She says it was a very rewarding but emotionally draining experience.

Cherie used her ranching experience as the volunteer leader/superintendent of the El Paso County 4-H Miniature Horse program for 10 years.  She voluntarily lends her tax experience as Black Forest Community Club (BFCC) Treasurer for three years, as well as being on the board of Black Forest Together (BFT) until it recently dissolved.  BFT was dedicated to facilitating restoration efforts following our tragic wildfire.  Cherie is preparing for a second mission to volunteer in Greece to help with the thousands of refugees arriving there to seek safety.  She has also volunteered with orphanages in Israel through outreaches organized by their Black Forest church now called Cross Fellowship Church.

As a pilot in the Air Force, Bob earned the Distinguished Flying Cross for aerial heroism and extraordinary achievement in service to our country.  In 1973, Bob moved to Black Forest from Hawaii to be a flight instructor at the Air Force Academy.  During his final assignment at Lowry AFB, Bob earned his law degree from the University of Denver.  After private practice, he served as an El Paso County Magistrate from 1994 to 2013 in support of the needs of families in our area.  He then was a mediator until retiring in 2022.

Bob has volunteered with many local non-profits. He was Scoutmaster in Black Forest for both BSA Troop 70 as well as Pack 70 for 18 years. For many years, he has continued to serve as the Black Forest Community Club (BFCC) Charter Organization Representative (liaison) to Troop 70. In this position, he fosters a strong partnership between the scouts and the BFCC.  He has watched a whole generation of scouts grow up in Black Forest and go on to careers and raising families of their own.  Bob volunteered his legal expertise to help the Black Forest Community Foundation (BFCF) and Black Forest Together (BFT) achieve their non-profit 501(c)(3) designations from the IRS.  The BFCF is responsible for the historic Log School and adjacent park.  Bob has served several terms as a board member and officer for the BFCC.  He directed the Festival Parade for many years and is currently volunteering on the 2022 Festival team.  He has helped Black Forest mitigate and clean up following the wildfire as a Black Forest Slash and Mulch volunteer. Bob enjoyed being a member of the Black Forest Saddle Club and remembers being able to ride horses all the way from Burgess Rd to Hodgen Rd along the pipeline.

Bob and Cherie say Black Forest was a spectacular place to raise children.   They never lacked for something to do and grew up self-reliant with hard physical work, chores, taking care of the family’s horses and animals, cross country skiing following heavy snowfalls, scouting, 4-H, and more.  Most of all, they learned the value of neighbors helping neighbors during snow storms, power outages, no well water, and a disastrous wildfire.

Bob and Cherie could have chosen to live anywhere.  We are grateful they chose Black Forest. They have been and will continue to be committed to protecting the Seven Keys.  They have generously volunteered their professional skills to important Black Forest cultural and environmental causes.  They have come to the aid of their rural neighbors, both down the road and throughout our community.  Bob and Cherie are people Black Forest can count on.

2022 Counselors of the Keys 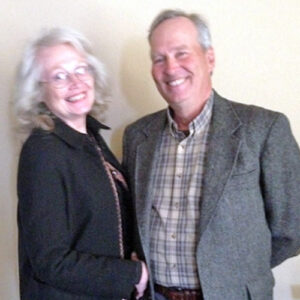 The Turners came to the Black Forest in 2000 and became active immediately. This family can always be counted on to show up for Community Club workdays, including helping with the Black Forest Festival and Seedling Tree distributions. Jace helped with the sandblasting and refinishing the logs, building the new deck and French drain around the Community Club building. Marie and Jace have been essential volunteers at the various community events offered by the club.

The Community Hall is now in the best shape it’s ever been since Marie and Jace took over Facilities Management. They both have gone the extra mile to make the historic log community hall the perfect venue for special family gatherings, weddings, and concerts.

The Turners have managed to go unnoticed by most, but many people in his area would find their snowy driveways plowed by a ’78 Dodge Power Wagon. Jace jokes with homeowners saying “I’m practicing at your place because I’ve never done this before”. Older Black Foresters certainly appreciated his “practicing”! Jace is sort of telling the truth about “practicing” in the snow because his youth was spent near the ocean with body surfing, scuba diving, and sailing as his hobbies.

Jace shares Marie’s passion for horses, and before the Black Forest wildfire, they were both very active members of and volunteers for the Kit Carson Riding Club. In 2013 their lives changed. Although they were able to rescue their 5 horses from the wildfire (the two mares died shortly after from smoke inhalation and stress), their property – including that Dodge Power Wagon – was a total loss. Marie and Jace have since been an important link within the Black Forest wildfire victim community and assist other fire victims whenever possible, many of whom are still struggling. The couple is highly instrumental in continuing our community’s annual Fire Remembrance Ceremony, ensuring that educational speakers and materials are present to lessen the probability and/or severity of potential future wildfires.

Jace finished art and flight school and attended Pratt Institute in New York for architectural engineering. With a commercial pilot’s license, he has flown both passengers and freight. He has won national and international awards for his work as a sculptor, exhibiting his work in the Soho arts district of New York City and with the National Sculpture Society. Locally Jace won an award at the Tri-Lakes Center for the Arts in Palmer Lake with a large wall sculpture. Marie earned her Bachelor of Science from Rutgers University and worked as a consultant to major pharmaceutical companies and AT&T.  It is noteworthy that she was one of very few women working in the computer science field “back in the day”. The couple happily raised their son who earned his Eagle Scout and has recently retired from the Air Force.  They are also licensed foster care parents.

The Turners say they love the Black Forest for the sense of community that is here. They appreciate that people here are friendly and willing to go the extra mile for one another. 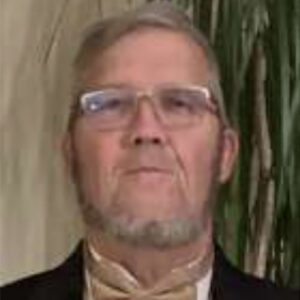 Mack became a resident of Colorado Springs in 1991 and has been part of the Black Forest Community since 2004.

Mack served in the Army for 25 years, then as a federal employee with the Air Force Space Command for over 15 more. Mack currently serves on a dance club board as Membership and Entertainment Chair. In addition, he serves on his Home Owners’ Association as Secretary and also served on a the same HOA as Budget Chair. Mack is currently an amateur dance Disc Jockey (DJ) and a substitute teacher for District 49.

Mack promotes wellness and community in the Black Forest by hosting Line Dancing classes at the Community Center on a donation-only basis. Mack donates all the money he raises from his line dancing classes to the Community Club. He raised over $5,000 that went toward replacing the roof. Mack also volunteered during the 2021 Black Forest Festival and hosted line dancing demos, which were a great addition to the festival demos.

Mack served as Vice President of the Black Forest Board of Directors until December of 2020 and then chose to continue serving as a Board Member. His goal on the board is to help maintain the joys of the Black Forest and allow others to enjoy them as well. This is his family retirement home and he wants to enjoy our beautiful community while also serving it.

Mack has been married to his bride, Yong, for 46 years and was blessed with two sons (having lost one last June due to injuries incurred while deployed in Afghanistan). He has a daughter-in-law and 3 grandchildren living in Colorado Springs. Mack and Young enjoy Ballroom Dancing, Line Dancing and various Latin Dances.